RICHMOND, VA (March 15, 2017) – The ECNL and the Amazing Young Women movement is dedicated to showcasing females that have helped shape the league into the top female youth soccer development platform in the world.  As part of the movement, the ECNL is encouraging amazing young women to share their stories.

We are excited to announce Logan Wells as the ECNL Amazing Young Woman Spotlight of the Week. Wells is a member of the San Diego Surf ECNL U17 team and has committed to the University of Southern California (USC) to continue her education and soccer career.

Suffering an Anterior Cruciate Ligament (ACL) tear at the age of 14 is upsetting, but to have two ACL tears in under a year and a half is utterly devastating. This is the reality that Wells is now living with after suffering her second knee injury in November of 2016. She had been back playing full contact for 6 months when she went down for the second time with an all too familiar feeling. Her injuries have inspired her to be a leader within her club in a different way than she could have ever imagined several years ago.

Wells was born in North Carolina and began playing soccer at age four. Her family moved to California shortly after she found the beautiful game, discovering San Diego Surf Soccer Club.  As a family, the Wells decided that this was the right fit for Logan. She has been a member of the youth soccer club since she was 8, growing her passion for the game ever since, and where she first dreamed of playing college soccer 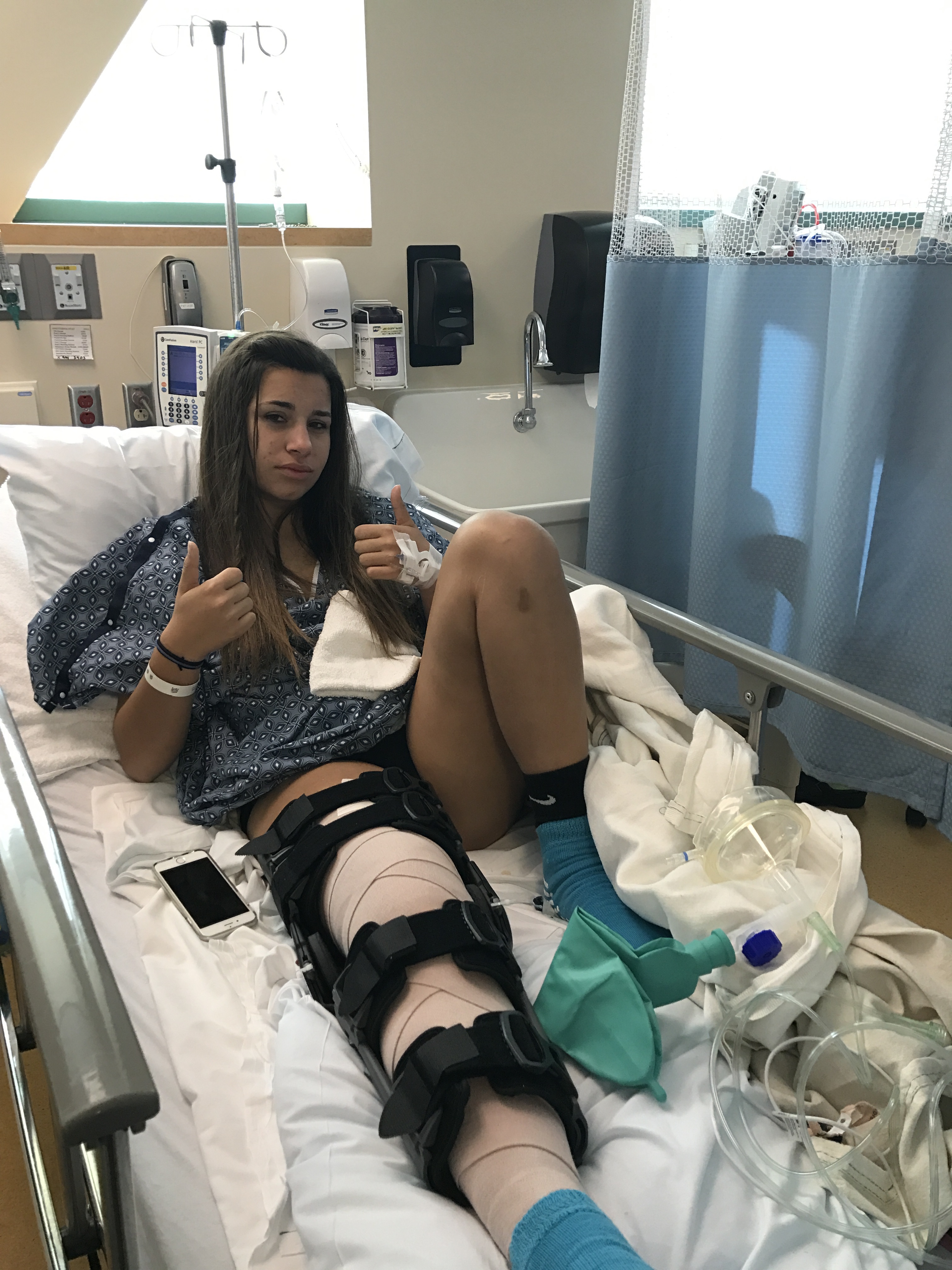 In June 2015, Wells suffered her first knee injury, with no delay she was determined to work hard to get back on the pitch. She stayed incredibly involved with her team, traveling and attending every practice she could, with the only exception being physical therapy appointments. She had taken on a new role as a leader off the field.

When she made her return to the pitch, Wells did not miss a beat. She rejoined the backline at left defender and continued with the recruiting process, which was now in full swing. It was at the ECNL Phoenix Fall National Event when Wells suffered her second injury. She immediately knew that she had torn the ACL in her other knee and was left completely devastated.

She had worked so hard to return to top form, with her teammates by her side through the difficult process. Wells now faced another year off the pitch and in rehabilitation. Devastated was an understatement, but she was determined to return to soccer and reach her dream of playing collegiately at USC. In fact, several days after her second knee surgery, she watched USC win the 2016 NCAA Women’s Soccer National Championship. Two months later Wells verbally committed to the Trojans to continue both her education and soccer career, giving her yet another boost of motivation to get back to top form.

As Wells reflected on her injury and long journey of recovery, she found herself longing to reach out to someone who had experienced a similar hardship. She was looking for someone who had been in her shoes, having made it back on the pitch. 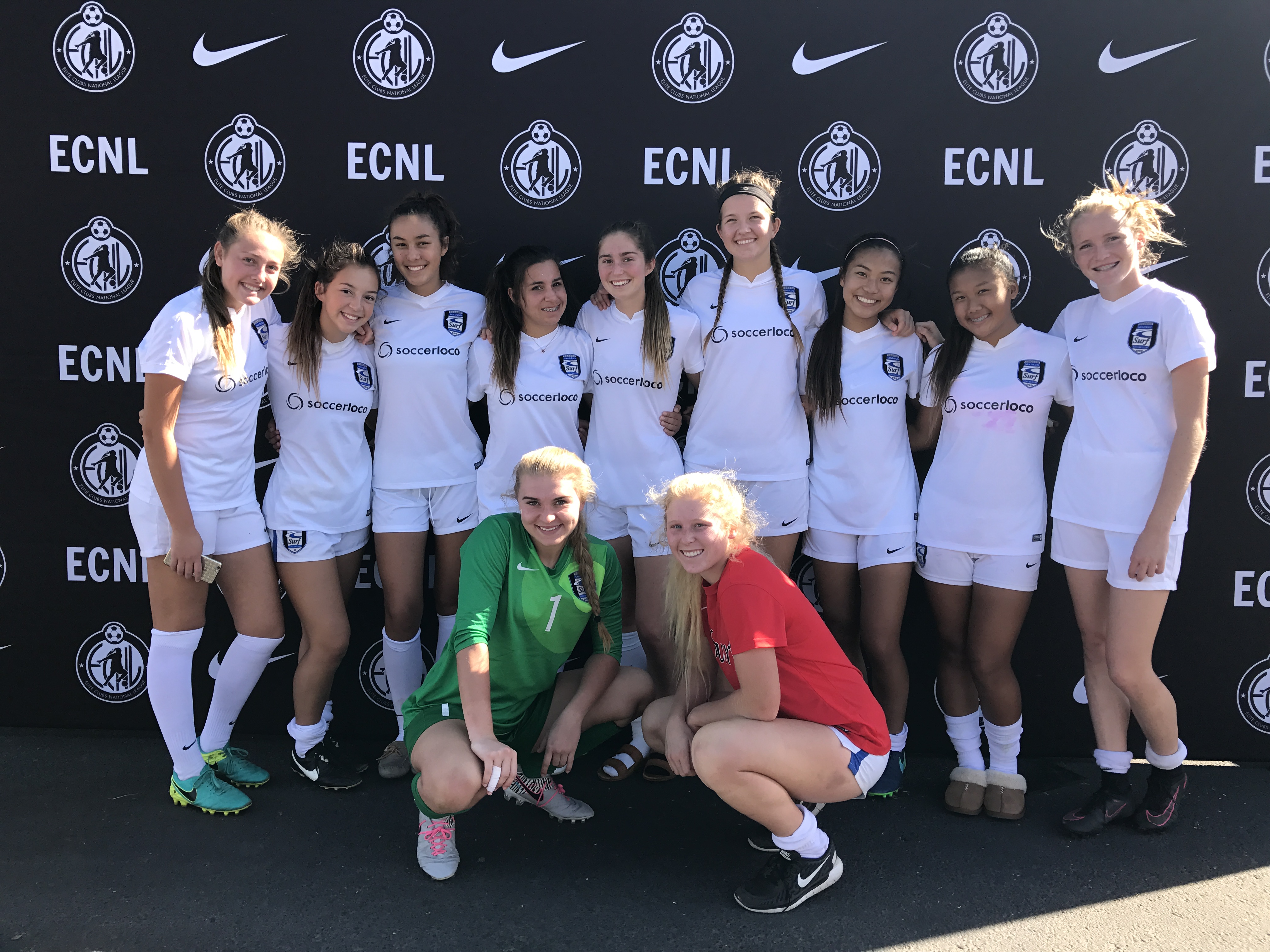 It was during this period of time when Wells came up with the idea to begin a mentorship program with others going through a similar experience. Over the past four months, she has established herself as a mentor throughout San Diego Surf, and has even shared her mentorship program in the club newsletter. Recently, Wells began speaking with some of the younger teams last week, sharing her experiences and encouraging fellow players to reach out to talk anytime.

“I really wanted to start this program to become a resource to others.  I struggled to find someone in my age range to talk to after my second injury, so I sought out to provide that for others.” Wells said about starting her injured athletes mentor program.

She was inspired to fill that void for others in her club and community. So far, Wells has connected with a younger Surf player, providing her comfort and a friend while she works through the recovery process.

“Logan epitomizes the core values of the ECNL and she truly is unshakable. Whilst it would be understandable to think about yourself after your second ACL tear, Logan has been selfless and automatically thought of others,” San Diego Surf Director of Coaching, Mark Spooner said about her resiliency following injury. “She is a very level headed young woman with a tremendous future ahead her. Everyone at Surf is tremendously proud of what she is doing and we support her whole heartedly.”

While Wells realizes she cannot physically help others heal any quicker, she understands that she can be there to be a champion for their comeback. She is there to offer advice and be a shoulder to lean on when it is needed most. One day Wells hopes to become a physical therapist so she can take her assistance to the next level, and make it a career.

We wish Logan Wells the best of luck as she continues down the road of recovery, and hope to see her back on the pitch soon. You are an Amazing Young Woman, thank you for sharing your story and and making an impact on so many.

ECNL: The Proven Pathway to College